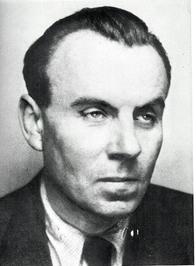 Louis-Ferdinand Céline  was an anti-Judaic French writer. Some great people have had the guts to speak out against the Jewish power.

He like anyone else who speaks out against Jewish power has of coarse been labeled as an evil madman.

Céline, Charles Dickens, Christopher Marlowe, Shakespear in short all of the greatest writers have been accused of Anti- Jewish writing and thinking.

They had all done their best to bitch and warn about the Jewish power and they lost.

In the “modern era” All of “they who speak out”  have been defeated and silenced. In any case, as Céline states all the goy have done is kill one another.

If we get anything out of this piece its that  Céline also warned us not to kill one another.

If you want to talk about the death of the once-great western civilization we would have to admit that it died with WWI/ WWII. World War One and Two were NOT to separate wars they were one distinct single civil war.  All WWII was, was a bunch of stupid Gentiles killing one another.  They was no “honor” in it WWII was a massive victory for Zion and Jerusalem. The same is true for 911 and the Iraq war.  Too many gentiles killed one another.

The so-called greatest generation that Tom Brokaw brags about destroyed Europe and Japan.

Each Gentile the Germans the Polish and the Russians were suckered and maneuvered into war and killed themselves.

As I mentioned in a previous blog. The Gentiles are not good at trickery. They are not good at espionage. One by one the kings and governments have fallen. Not just because the protocols of Zion instructs this but also the Holy Bible. The Torah.  Yes, I am sorry good Christian soldiers the Old Testament says to kill YOU. 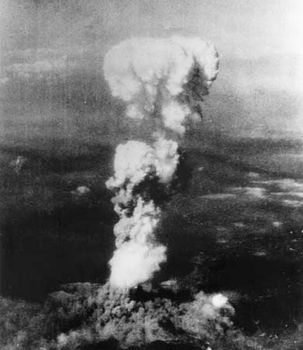 The winners of WWII were the communist intellectuals and the Zionist.  Both of these political movements were created under the rules of the Bible the Torah. That is to destroy and rule the world for the god Yahweh. The  FDR  government and then Truman group were infested with the communist.

Japan fell. The eastern world and China fell to communism.  The West, in my opinion, had already destroyed itself in the big war. The “good war”.

However, the founding fathers whose families fled the religious wars of Europe developed a system of checks and balances. So, therefore, America still has some good moves left in her. But America is no longer a “western” nation. It is an international country.  Again I think this happened because of WWI and WWII. and I neglected to mention the great civil war in the United States.  The American civil war  was as the Otto von Bismark  stated instigated by the “bankers of Europe”

So the goy the gentile fell into WWI/WWII like the cattle they are. They lost. The British lost their empire. Poland and German were more or less destroyed. Russia lost too many people. The United States of America transformed into the social engineering machine that it is today. America with its sanctimonious bullshit is destroying the culture of the world.

Not just by the rules of the Talmud and Kabbalah but I am sorry under the rules of the OT.  Judaic America the New Jerusalem seeks to transform and destroy the earth mostly by as  Céline mentioned by the Jews and their OT followers engineering war and revolution among the gentiles. This is all for goodness of coarse.

No war or political movement has been left untouched by OT rules. The Catholics love the OT as well as their bitter enemy the Protestants. So do the Russian and Greek Orthodox.

They all love the Bible. The Gentiles kill one another over the Bible.

Gentiles must do everything they can to avoid killing one another now!