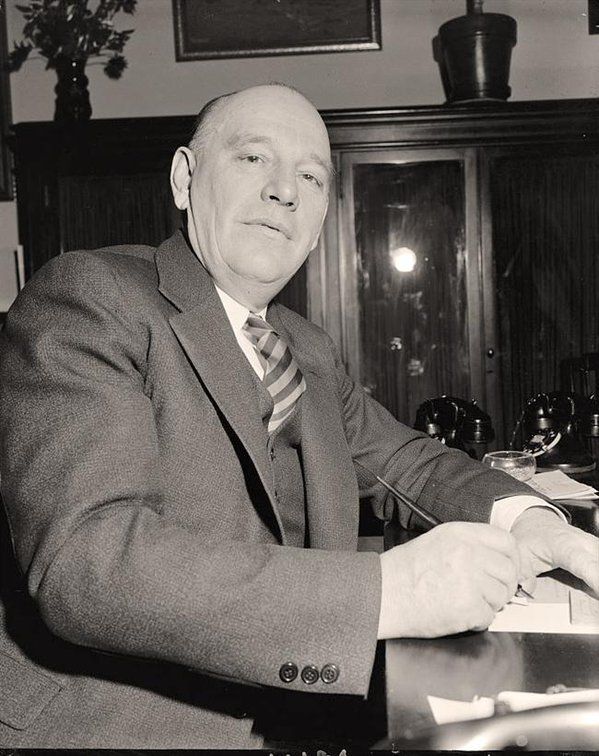 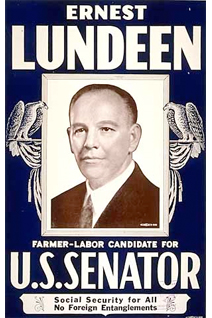 Lundeen was born and raised on his father’s homestead in Brooklyn Township of Lincoln County near Beresford, South Dakota. His father, C. H. Lundeen, was an early pioneer who was credited with the naming of Brooklyn Township as well as with helping to establish the school and other institutions located there. Most of Ernest Lundeen’s brothers and sisters died during a diphtheria epidemic during the 1880s. In 1896, Lundeen and his family moved to Harcourt, Iowa and then to Minnesota. He graduated from Carleton College in Northfield, Minnesota in 1901 and then studied law at the University of Minnesota Law School. In 1906, he was admitted to the bar.

Lundeen served in the United States Army during the Spanish–American War. He served in the Minnesota House of Representatives 1911–14.[1] He then served as a Republican from Minnesota in the United States House of Representatives, from March 4, 1917 to March 3, 1919 in the 65th congress. As representative, he was one of 50 Congressman to vote against the declaration of war against Germany on April 6, 1917.[2] He served as a Minnesota Farmer-Labor Party member in the House from March 4, 1933 to January 3, 1937 in the 73rd and 74th congresses. He was elected to the United States Senate in 1936 as a member of the Farmer-Labor Party. He served from January 3, 1937 in the 75th and 76th congresses, until his death.

He remained sympathetic to Germany. According to Alton Frye, he had close ties to George Sylvester Viereck, a leading German agent. Viereck often used Lundeen’s office, and “sometimes dictated speeches for Lundeen, openly using the Senator’s telephones to obtain material from Hans Thomsen at the [German] embassy.”[3]

On the afternoon of August 31, 1940, Lundeen was a passenger on Flight 19 of Pennsylvania Central Airlines, flying from Washington, D.C. to Detroit. The plane, a Douglas DC-3, flew into turbulence from a thunderstorm. The plane crashed near Lovettsville, Virginia and all 25 persons on board were killed, including Senator Lundeen.[4]