First of all Andrei Martyanov is an expert on Russian military and naval issues. Perhaps the best available that you can read in English and this book is a must-read.  It does much to dispell WWII myths and Hollywood style myth about the current “invulnerable”  US Military.

“Marytanov explains why and how the US armed forces have lost the military supremacy they thought they once had and how Russia, which supposedly had been defeated in the Cold War, succeeded not only in catching up with USA, but actually surpassing it in many key domains such as long range cruise missiles, diesel-electric submarines, air defenses, electronic warfare, air superiority and many others. Andrei Martyanov’s book is an absolute ‘must read’ for any person wanting to understand the reality of modern warfare and super-power competition. THE SAKER

However, although a brilliant military expert Andrei Martyanov goes on an emotion-filled rant against Gen.  George S. Patton.

Patton never faced the Russians so we have no idea if he could have beaten them.  Martyanov   Patton proved himself a brilliant battle-tested and Martyanov in passing implies that Patton did not understand German or  “lightning war,” blitzkrieg tactics.

I do not think this is true. In fact, I believe Patton like Rommel was a movie star general who lived up to his own propaganda.

I think Patton proved he understood the German tactics by defeating the Germans in combat. Without losing as many men as the Russians did.

The Russians did the worst of the fighting in WWII along with the Polish exile army whom they don’t give much credit to.

There is no question the worst fighting in the history of humankind was won by the Russians.

But they lost too many men. The cost was too high. Why the Russsian glorify the great victory and Stalin and his gulag death camps is beyond me.

The Russians lost too many men in WWII.

To me the Americans were.  quite brilliant in WWII. Let the Russians bleed and die while we take credit for the victory. In Truth at the highest levels. The American and Britsh plans were 100% Judaic.

Equally as stupid as the Russia war plan if not more death-dealing and suicidal was the German ware plan.

I am tired of the war college bullshit. No one “won”. WWII. Keep it, simple folks, the Gentiles lost WWII.

The Russians to this day don’t have enough manpower because of the incredible amount of bloodshed in WWII.

I can fully understand that Mr. Martyanov would be insulted by the racist and disgusting remarks Patton made against them by Patton.

Andrei Martyanov goes after Patton but he praises the worst General of WWII was Ike the kike Eisenhower.

I lose faith in Martyanov. I understand as a Russian why he would hate the Germans but why the need to praise the very Jewish very communistic Eisenhower.

For Eisenhower war was a horrible ordeal to be faced with stoicism and to be overcome; for Patton war was a sports competition to be desired, in fact, craved. In such a setting, Eisenhower was much closer to the Russian view of war and Russian sensibilities than Patton could ever be.

I completely agree with the very conspiratorial rumors and speculation that General Patton could have ended WWII sooner.

To the best of my knowledge, General Mcarthur and General Patton were the best generals of WWII and they both hated Eisenhower. They both detested Communist. The history books will never admit the truth about Communism.

The Saker to his credit goes into the Jewish involvement in communism as far as I know Martyanov does not.

Andrei Martyanov should have stayed on point. Russia did the worst of the fighting in WW II and the Americans are disgusting for going after Russia for no reason now.

Eisenhower like Churchill and FDR was a major tool of Judaic power. WWII finished for the European gentiles for good.

Eisenhower is portrayed as one of the great heroes of WWII. Yet he was under Mcarthur in the pacific then suddenly promoted to 5-star general and leader of all US forces in the European theater.

Is Martyanov happy that Ike wanted to completely genocide all the German people? For his POV they attacked Russia and thus deserve revenge. But every single German dead. That is what Ike wanted.

Martyanov with his intense hatred of Patton also bothers me for another reason. Patton was in favor of attacking the Soviet Jewish government of Russia.

What is wrong with that? That is why Patton was assassinated.  I can’t stand some of the people on RT or any Russia newsgroup who support Stalin. Anymore then Germans who glorify Hitler.   Stalin killed a lot of Slavic people. Sure he defeated German, with the help of America and GB.  But his gulags killed too many Russians and Slavs and Poles.

But  don’t fall for the endless positive stories about Eisenhower and much of the US war propaganda that you yourself attack Mr. Martyanov.

Eisenhower was an incompetent General that tried to kill as many gentiles as he could while at the same time he more than likely had a goofy affair with his cute secretary and chaffer driver Kay Summersby.  You will find the American Jewish fake news and fake history make Ike look perfect.  He was an asshole. 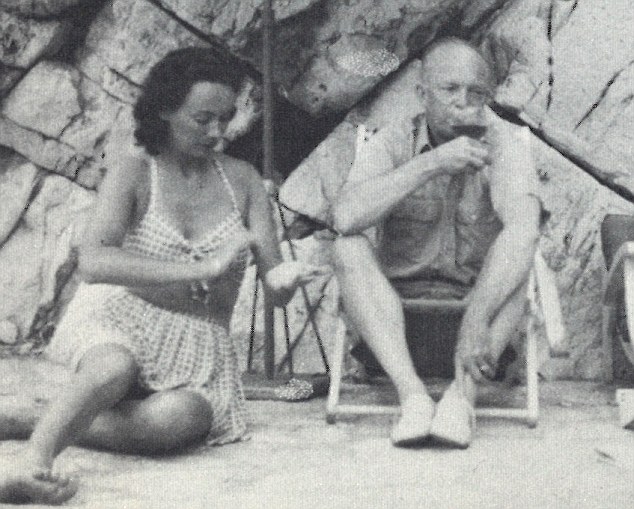 Andrei Martyanov and the Saker break down the flaws in US military power and lack of morality and fighting spirt in NATO and all the rest of it almost flawlessly.

This book makes me think the Russians are going after the wrong enemies and that they underestimate the Anglo–Saxon, warrior types still found among the Brish and American military.

The Russians feel it is their religious duty to save the world along with their new friends Iran from an Islamic perspective.

They have returned to The Russian Orthodox Religion. They have checked American Isreali power in the middle east. The Russians along with Trump have in my opinion temporarily saved the world.

Recently the Saker has a similar audience and writing style as Mr.  Martyanov has more or less given up on Trump.

So if you read this blog you know we’re big on Trump and reject the violent OT.

The Russians have saved the world.  The Russias are getting a lot of Bullshit form Washington. It is a miracle that they did not nuke Obama and Hilary Clinton. Thank God for Putin and Trump.

But their devotion to the religion and it’s rooted deep in suffering and  Old Testament teaching worry me.

The Russians need to stop glorifying their blood-filled victory of WWII and they need to get rid of the Old Testament.

Same for the west. All gentiles must stop glorifying Judaic war stories and ideas. It is time to break free of all that.