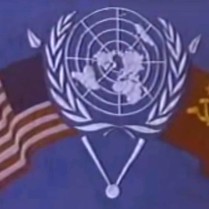 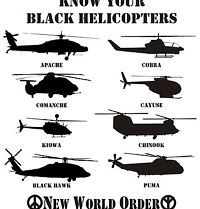 I used to think there was some kind of Patriot movement in America. I was wrong.

On April 6th 2017 President Trump Ordered Military Strikes Against Syria in Response to a Chemical Attack. More than 50 cruise missiles were fired at a Syrian airbase.

On April 6th 2017, and more specifically, in the aftermath of that missile strike, was when I also realized yet again that there is no real Patriot movement of any kind. Not one that is unified anyway. The “Movement’, as so many of us refer to this thing we unofficially ‘joined’ at some point is all over the place.

Smart people who I respect(ed) flipped out and turned on Trump that night, proving once again there is no ‘Patriot moment’ in the ‘truth’ movement. No one is on the same page. It is just a bunch of kooks fighting on the internet.

What is thought of as the alt-Right are more or less fans of Alex Jones and Infowars. Not quite real at all.

In the non-movement it is from one extreme to the other. All the way from ‘Trump is going to drain the swamp’ to ‘both Trump and Putin are under complete control of the Jews…’

Few are able to look at “Deep Events” or politics without interjecting their own feelings into them.

Out of the hundreds (or thousands) of voices who have chimed in as self-appointed ‘experts’, only a few, and I do mean A FEW–remained consistent, while everyone else was north, south, east, and west at any given moment, given their mood (or the mood of their followers) at the moment.

Assad did not kill anyone with a chemical attack. That was fake. Trump knows that. However, Trump’s missile strike on Syria was also fake, and yet, again, only a handful of ‘experts’ recognized this as a fact while everyone else started screeching that Trump had started WWIII under Israel’s orders.

There is no real truth movement. But a lot of what is loosely called the alternative media flipped out and abandoned Trump.

Did the enemies of Trump actually know his missile strike was phony before the movement did?

I think so. The fact that the movement abandoned Trump without giving careful consideration to what happened means ‘the movement’ is driven by emotionalism, the thirst for personal attention and its own personal brand of insanity.

The movement has no cash, no base, nothing but the internet with which to vent its frustration.

This “fake missile strike” was a bold yet desperate move because the “Deep State” is all over Trump.

Yet the missile strike itself proves Trump is in a battle with “The Deep State” and not a complete pawn of it.

Furthermore, The Deep State is not all on the same page either. Some powerful forces are behind Trump, including many powerful business people, even members of the so called “Deep State” itself. Segments of the Military know it is insane to get so close to open war.

Not to mention Exxon that wants to do business with Russia. The $500 billion Exxon-Rosneft exploration deal is an oil deal between Exxon and Russia has been referred to as “the biggest oil deal ever’. Rex Tillerson is tight with Putin. I suspect Mr. Tillerson is in the Trump camp to make sure that the interests of the oil industry are maintained.

My view on this is it is better to do business with Russia then to have a nuclear war.

May 9th Trump Fired FBI Dir. James Comey. Some in the media have referred to this move as a desperate and very “Nixonian”

That is hard to say.

To say that President Trump is finished or he is completely in the pocket of the Jewish money power is an oversimplification.

Trump is a master of making deals. He also knows when to break deals.

The idea that Trump is a puppet of Jewish power is just not true. Again it is an oversimplification.

That there is a war going on in Washington? Yes. That means that Judea Inc. controls much of it, a LOT of it in fact, but not all of it.

Trump just called out one of the public faces of raw Jewish power Sen. Chuck Schumer. He refers to Schumer as ‘Cryin’ Chuck’.

It’s crystal clear that Jewish power and the liberals of the DNC are hungry for A Watergate style take-down of Trump.

The “liberal” media and the DNC want to take down Trump any way they can. They have not clearly defined how they will do it or the reason why Trump should be impeached. Just that he has ‘shadowy’ ties to Russia.

“Cryin’ Chuck Schumer stated recently, “I do not have confidence in him (James Comey) any longer.” Then acts so indignant. #draintheswamp” Trump tweeted.

Schumer and his crew will fire back at Trump big time. It was out in the open that Trump wanted better relations with Russia. The media has the power to do anything and they want to simultaneously take Trump down and make war with Russia.

I don’t think the Trump crew has much to hide. I think Trump is different than Nixon. For one thing the Russians like Trump.

As far as the theory that Trump works for the Jews. Again, that is an oversimplification Jewish Sen. Chuck Schumer openly threatened Trump with the CIA. The media outrage against Trump is not a show. They all hate the man and they want him dead.

“Let me tell you, you take on the intelligence community, they have six ways from Sunday at getting back at you,” Schumer told MSNBC’s Rachel Maddow.

That sounds like your threatening the president with the CIA Sen. Schumer.

I wonder if every guy in the Intel community likes being associated with vague threats like this one? Overreach? Can the Donald handle this with fake missile attacks and MOAB bombing in the desert?

4 thoughts on “There is no real Patriot movement in the United States.”