The victory of François Fillon in France’s center-right presidential primary is the latest sign that a tectonic shift is coming to the European order: toward accommodating, rather than countering, a resurgent Russia.

Since the end of World War II, European leaders have maintained their ever-growing alliance as a bulwark against Russian power. Through decades of ups and downs in Russian-European relations, in periods of estrangement or reconciliation, their balance of power has kept the continent stable.

But a growing movement within Europe that includes Mr. Fillon, along with others of a more populist bent, is pushing a new policy: instead of standing up to President Vladimir V. Putin of Russia, stand with him.

Mr. Fillon has called for lifting sanctions on Russia and for partnering with Moscow in an effort to curtail immigration and terrorism. He is friendly with Mr. Putin. If pollsters are right and Mr. Fillon wins the French presidency in the spring, he could join several rising European politicians and newly elected leaders who are like-minded.

These changes, along with the impending British withdrawal from the European Union and the election of Donald J. Trump as president of the United States, foretell a “dramatic shift” in the half-century of Western unity against Russia, said James Goldgeier, a political scientist and the dean of American University’s School of International Service in Washington.

“All the trend lines right now point away from a tough approach to Russian aggression and point toward more accommodation of the Russian notion that they have a privileged sphere of influence,” he said.

It is unclear how far into Europe that sphere of Russian influence might extend, or the consequences for nations that would come under it after escaping Soviet domination only a generation ago. But those are questions of degree; Mr. Fillon’s primary victory suggests that the shift has already begun.

Though Mr. Fillon would reverse his country’s hard line on Russia, he would not be the first French leader to reach out to Moscow — Charles de Gaulle, the president from 1959 to 1969, also did this — and could not, on his own, upend European unity.

More important, he would not be alone. Mr. Trump has promised cooperation with Russia and threatened to diminish the United States’ role in NATO. Several East European countries have elected leaders who advocate reconciling with Moscow.

In Western Europe, politics seems poised to move in Mr. Fillon’s direction. Mainstream parties, forced to acknowledge that they cannot contain the far right, are instead working to co-opt it.

Mr. Fillon illustrates this trend well. Unlike the French far right, he wishes to maintain his country’s membership in the European Union. But, indulging Europe’s populist wave, he has promised to curtail immigration sharply, promote conservative social values, impose “strict administrative control” over Islam and bring security against terrorism. 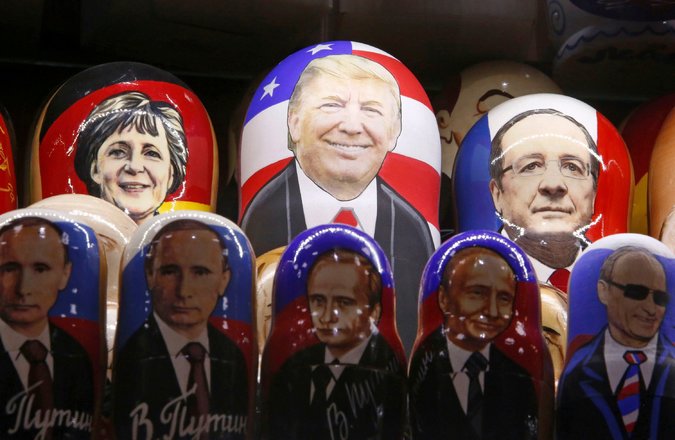 Benjamin Haddad, a French analyst at the Hudson Institute, a conservative think tank based in Washington, said that such policies point, in ways that might not be obvious to Americans, toward another agenda item of the European far right: partnering with Mr. Putin.

“All over Europe, Putinism has emerged as an ideological alternative to globalism, the E.U., etc.,” Mr. Haddad said, with Mr. Putin seen as “a bulwark for conservative values — a strongman against gay marriage, immigration, Islam.”

Mr. Haddad added, “It’s largely a domestic phenomenon, rather than the reflection of a strategic debate over the relationship with Moscow.”

Mr. Fillon’s warmth toward Mr. Putin is apparently heartfelt, and it predated this election. What changed is French voters, who increasingly desire hard-line policies and signs of strength that they perceive Mr. Putin as representing.

Nicolas Sarkozy, Mr. Haddad pointed out, won the French presidency in 2007 by running as a pragmatic pro-American conservative, but this year he ran as a pro-Russian populist. While Mr. Sarkozy lost the center-right primary this month, Mr. Fillon carried that same message to success.

The Eastern and Southern Fronts

In some ways, Mr. Fillon is particular to France, where nationalist politicians since de Gaulle have long asserted French independence from the United States and Britain by reaching out to Russia. But similar trends are playing out in several European countries, along their own particular national lines.

In Germany, for instance, center-left leaders are pushing to abandon their country’s role in leading European efforts to counter Russia. Instead, they advocate reverting to the Cold War-era policy of Ostpolitik, in which West Germany sought a neutral balancing role between East and West.

Often, West European politicians do not see themselves as explicitly calling for aligning with Moscow, but rather for abandoning the costly mission to counter Russia’s aggression against faraway eastern states at a moment when they have more immediate concerns.

The eastern front is largely a project of policy establishments that see it as essential to maintaining Europe’s postwar order. Voters are more skeptical; a 2015 Pew poll found that slight majorities in France, Germany and Italy said their countries should not uphold their treaty obligation to defend an eastern NATO ally should it be attacked by Russia.

Voters, particularly those on the right, have long seen southern issues — terrorism and immigration — as more important. Their threats to install far-right governments that would dismantle the European project entirely are increasingly credible.

European political establishments, unable to resist such sentiments forever, may feel they have to give up on the east to focus on the south.

The Careening Balance of Power

The international context is starker.

Russia is growing in power and aggression just as the Western order’s two strongest powers — the United States and Britain — are threatening to step away. 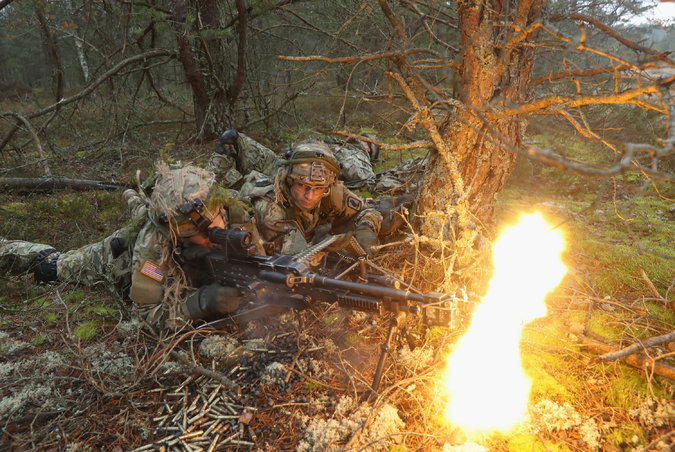 In the cold-eyed view of international relations scholars, who tend to measure history in epochs rather than election cycles, what Mr. Fillon says or believes is almost irrelevant. Europe’s balance of power is rapidly shifting east, pulling nations like France with it.

Russia is far weaker than the United States, and its wheezing, energy-dependent economy is half the size of France’s or Britain’s. But it still commands one of the world’s largest militaries and its largest nuclear arsenal. Its 2014 annexation of Crimea showed Mr. Putin’s willingness to use that military in Europe.

In the past few years, Europe had confidently chosen the first option, meeting Russia’s aggression with sanctions and eastward military deployments meant to show Russia that the status quo order would remain.

But that approach looks increasingly untenable with Mr. Trump’s election and with Brexit. Even if Mr. Trump does not follow through on his threats to abandon American commitments to defend NATO allies, those allies have little choice but to prepare for the possibility.

To the degree that is already changing, European states seem to be eyeing the third option: to accommodate Russia’s rise, indulging enough of Moscow’s demands to restore stability.

Within Europe, the old order has been led by Chancellor Angela Merkel of Germany, who sees herself as defending the European project but is increasingly challenged by wavering allies and skeptical populations, including many Germans.

“Merkel can’t do it by herself. Germany doesn’t have that ability,” Mr. Goldgeier said. If she wishes to remain in office, she may have to give on something, and Europe’s hard-line on Russia could be it.

As soon as one country breaks from the united front against Russia, Mr. Goldgeier said, “each European country will look to cut its own deal with the Russians.”

That could mean granting Russia concessions in Syria, lifting the European Union sanctions that were meant to force an end to the continuing war in eastern Ukraine, or tolerating greater Russian influence in Eastern Europe.

It is impossible to predict where these trend lines lead, not because they are in doubt but because they foretell such extreme changes in the European order that their consequences vary too widely to pin down.

Mr. Goldgeier, though, said his immediate concern was for the former Soviet republics that are not members of the European Union or NATO and would most likely be first to come under expanding Russian influence.

“For the people of Ukraine, Moldova and Georgia, these trend lines are quite tragic,” he said.