Donald Trump’s campaign manager Kellyanne Conway says the man who shouted “Jew-S-A!” at reporters covering the Republican nominee’s rally in Phoenix on Saturday would have been removed had she been there.

“His conduct is completely unacceptable and does not reflect our campaign or our candidate,” Conway told CNN’s Jake Tapper on “State of the Union” Sunday.

When asked by Tapper whether she would call the man’s conduct “deplorable” — a term used by Hillary Clinton to describe some of Trump’s supporters — Conway said she would.

“That man’s conduct was deplorable,” Conway said. “And had I been there, I would have asked security to remove him immediately. Clearly, he doesn’t speak for the campaign or the candidate, and what he had to say was disgusting.”

The man — who was wearing a “Hillary for Prison” T-shirt — began heckling the traveling press corps while Trump was speaking, turning his back on the candidate to glare at the media assembled inside the press pen.

“You’re going down! You’re the enemy!” he shouted.

Then — as the crowd chanted “U-S-A!” — the man returned to offer his anti-Semitic version. 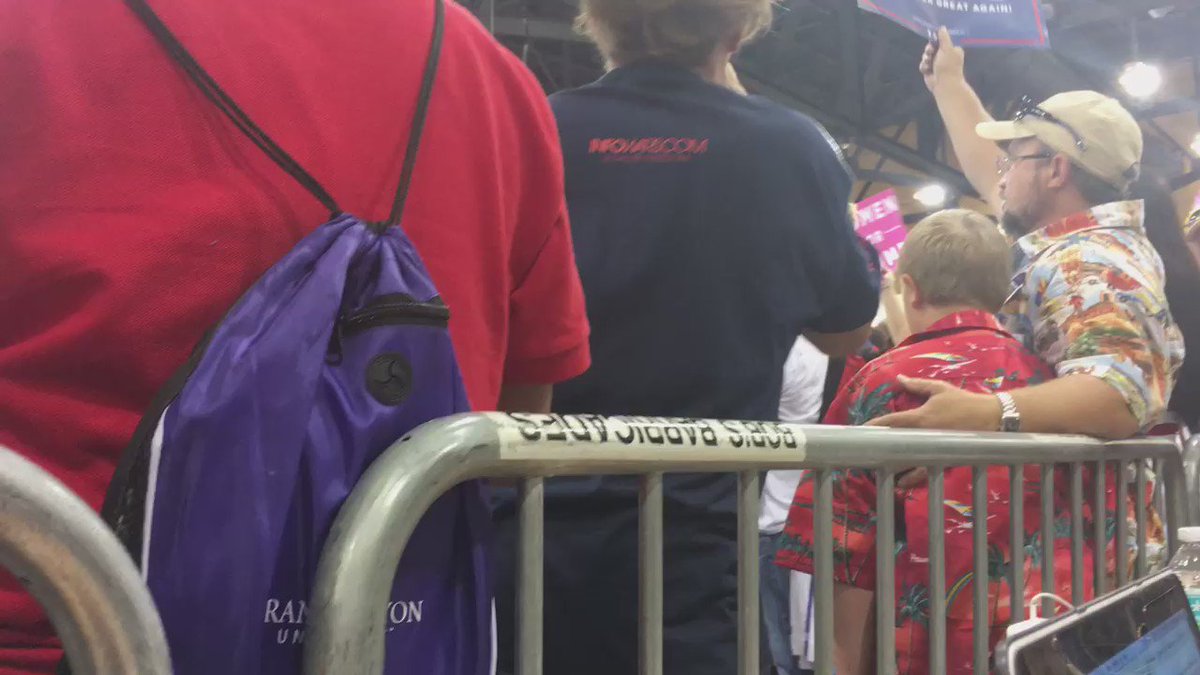 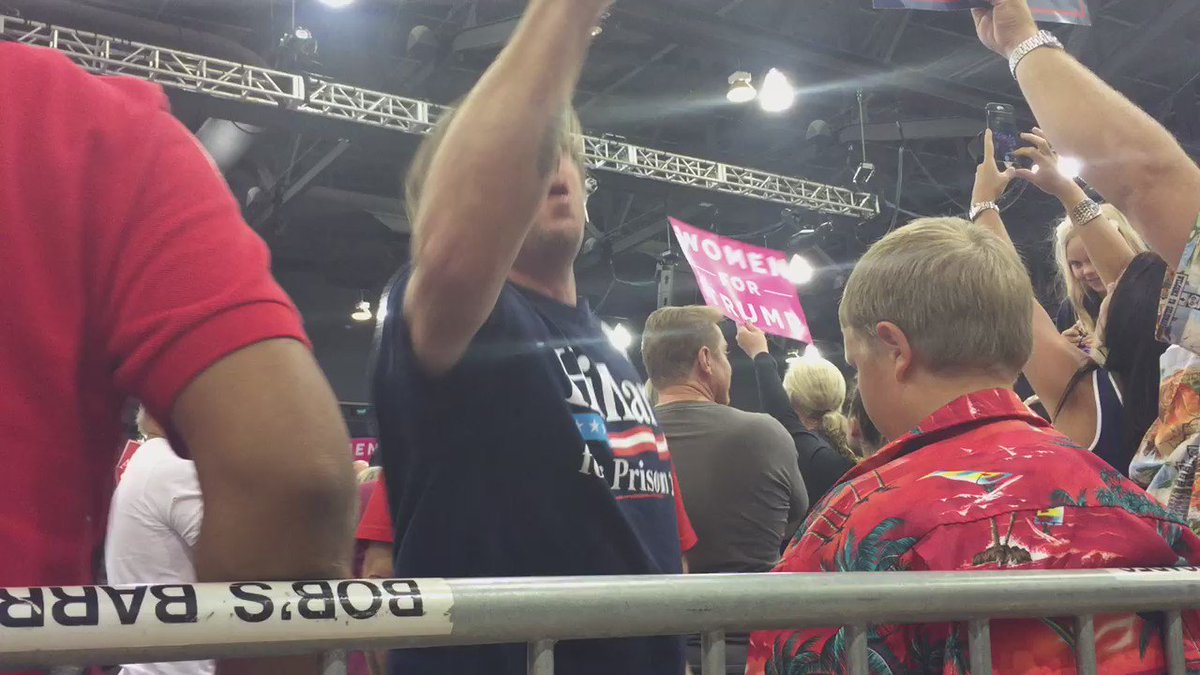 This is the man who started chanting “JEW-S-A” at the media pen. Does anyone know what those hands signs mean?

Reporters covering the Trump campaign are often targeted by the brash billionaire’s supporters at his raucous rallies. But the frequency of the attacks and the venom displayed within them have increased in recent weeks as Trump has amplified his rhetoric — warning of a “rigged” election and accusing the media of conspiring with the Clinton campaign to derail his candidacy.

This dude was reaching over the barricade, pointing at us and screaming. I’ll be honest: I’ve been to hundreds of rallies. That was not OK. https://twitter.com/alivitali/status/792507715075518464 …

But Conway dismissed Tapper’s assertion that Trump has failed to condemn “a lot of anti-Semites and racists and misogynists” who support him.

“He has never seriously said, ‘I don’t want the support of those people,’” Tapper said.

“Yes, he has,” Conway replied. “And let me just repeat on his behalf that that’s the way his campaign feels.”

She added, “Don’t besmirch the good name of the tens of thousands, the millions of Trump supporters.”

The identity of the Trump supporter seen shouting anti-Semitic slurs at Saturday’s rally was not immediately clear. But a tipster to Yahoo News said he appears to be the same man who became an unlikely viral video star in 2011 when he reenacted a car crash to local television reporters arriving on the scene, telling them, “Reality hits you hard, Bro.”